The administrative capital of the Union of Myanmar. Far 391 km from Yangon and 302 km from Mandalay.
Being easily accessible from all parts of the Union. Comprise (8) townships viz. Zeyar Thiri, Pohbba Thiri, UttaraThiri, Zabu Thiri, Dekina Thiri, Pyinmana, Lewe and Tatkone Townships. 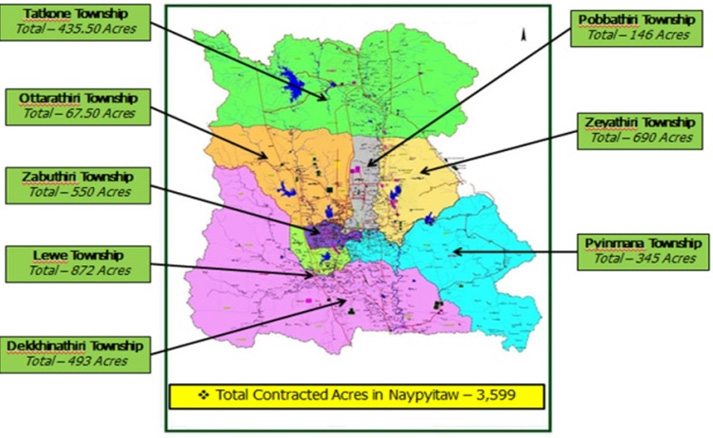 Things to do in Nay Pyi Taw

The emergence of the 325 feet high Uppatasanti Pagoda lends a certain dignity to Nay Pyi Taw. The pagoda was consecrated on 9 March 2009. In the pagoda precinct are impressive religious edifices such as Maha Hsutaungpyae Buddha Image in Maha Pasadabhumi Gandhakuti Chamber; four jade Buddha images in the cave of the pagoda, statues depicting the birth. enlightenment. the first discourse and attaining Nirvana of the Lord Buddha; the 108 feet high flagstaff; Bo Tree Garden with Maha Bo Tree and the images of the 28 Buddhas; the garden of 108 Sacred Bo Trees; Marlini Mingala Lake with the chamber of Shin Uppagutta in it; Withongaraa Ordination Hall, Cetiyapala Chamber, Sangha Yama hostels, Sasana Maha Beikmandaw Building, museum, Pitakat Building and religious Archive. Ceremonies to confer religious titles on eminent monks and ceremonies to offer alms to members of the Sangha were held on a grand scale with the presence of the Head of State at Sasana Maha Beikmandaw Building. 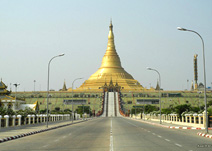 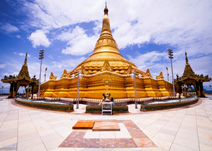 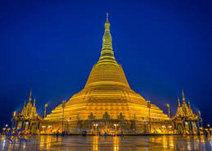 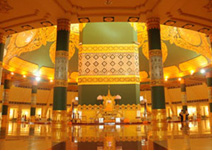 Water Fountain Garden with a steel structure arch-way and also included in the garden are a main pond with (3) fountains inside and (11) small ponds with (13) different fountains inside. A 30 feet (9.1 m) high clock tower. (9) recreation centres. (2) small gardens. (2) stone gardens and ten feet wide buggy road and footpaths. It is well worth a visit and is best seen at sunset; the main attraction is a fountain show, where the fountains dance in time with music. There's also a big play area, and a tower you can climb up with good views of the city.

The Zoological Garden is situated in 1062 acres of land in Nay Pyi Taw Yezin and it was opened on 26 March 2008. A total of 39 species of mammals, 30 species of birds and 12 species of reptiles are put on display at 27 booths. Among them. the rare and endangered wildlife are being shown at the booths including icy land inhabitant penguins and white tigers. Therefore. the visitors have an opportunity to observe the rare wildlife at the gardens which they could watch only in the movies. 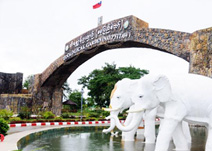 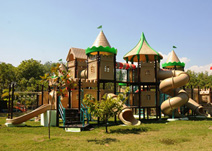 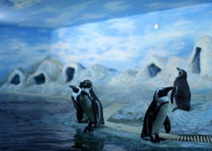 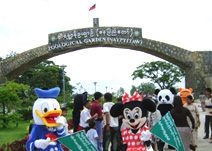 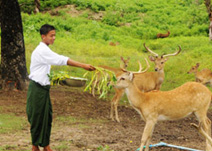 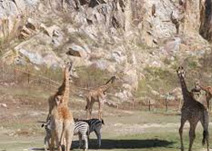 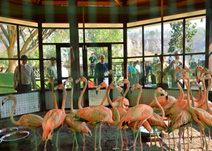 The Gem Museum Located in Zabuthri Township. Nay Pyi Taw. The large area of upstairs museum decorated with large wall glasses and beautiful and wonderful decorations in modern designs. In Gems Museum. precious jewels such as ruby and sapphire. quality jade lots and the largest pearl in Myanmar are put on display. Normally. it opens from 9:30 am to 4:00 pm except Monday and Government holidays. 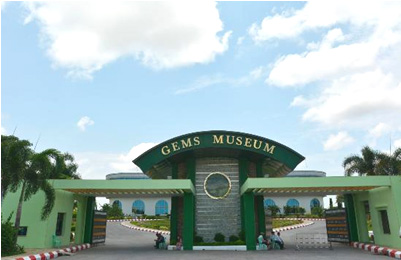 The National Land Marks Garden located on Thaik Chaung Road near Yezin Dam in Zayathiri Township. It has over (400) acres. The Land Mark structures of the national races and their customs. The booths at the Garden reflect the cultural heritage of the national people and foster the Union Sprit. Moreover. the garden proves the long time existence of the Union. The National Land Marks Garden depicting the replicas of the famous Pagodas. Stupas. Caves. River Crossing Bridges. Mountains. Lakes. Water Falls. Beaches. and Islands in States and Divisions in Myanmar.

City Hall is one of the prominent Land Marks of Nay Pyi Taw, in which Nay Pyi Taw Development Committee establishes its headquarters which undertakes tasks for development of Nay Pyi Taw. State occasions are held with the accompaniment of the tune of National Anthem played by State Orchestra in Nay Pyi Taw City Hall. That indicates Nay Pyi Taw, administrative City of the Union of Myanmar. 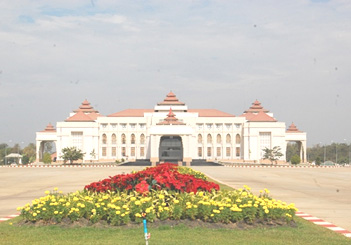 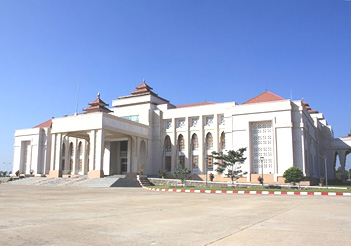 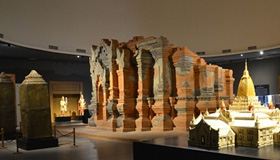 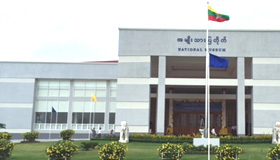 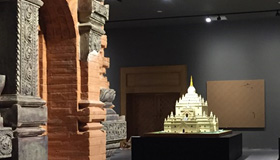 The airport is able to handle 3.5 million passengers annually. The design of Nay Pyi Taw International Airport was drawn by CPG Consultants Pte. Ltd. Of Singapore. The company previously designed the annex to Yangon International Airport, as well as Singapore's Changi Airport and several airports of Vietnam and Laos. The construction work of the airport, performed by Asia World Company, a Myanmar corporation, began in January 2009. At the completion of the project, the airport will have 2 runways and 3 terminals with modern facilities. The construction is scheduled to proceed in three phases. 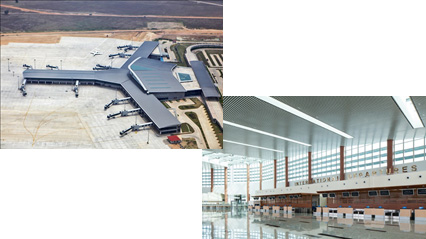 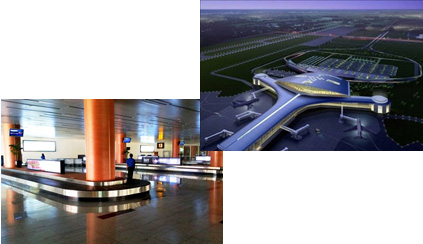